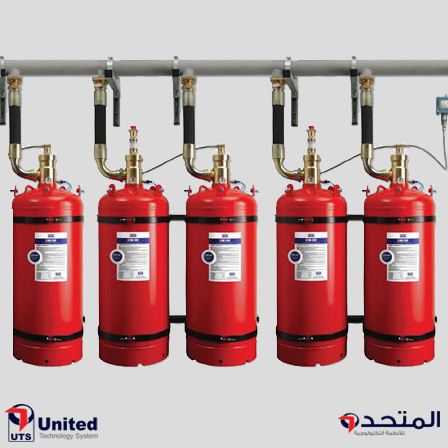 FM200 fire suppression which is also known as HFC227ea, is a waterless fire protection system, it start works within 10 seconds and control the fire immediately. FM200 gas is considered to be the safest fire fighting system for occupied areas.
FM200 is a safe chemical gas for fire suppression that works to end a fire by eliminating the heat elements from the fire, which result in an effective and quick control over fires.
The concentration of the FM20O system is to be set by each institute according to their own protection level typically between 7.9% to 8.5%.
Where to use FM200 Fire Suppression?
It’s commonly used in occupied facilities as the following
DATA Centres
Commands Rooms
Telecommunication facilities
UPS Rooms
Medical facilities

Why to use FM200 Fire Suppression?
Safe in occupied facilities
Small space is required for storage of FM200
Effective in fire controlling, it can reach extinguishing levels in 10 seconds
Low repair costs
Less property damage
Simple and cost effective
FM200 systems take up less storage space than most other means

Ask us how FM200 Fire Suppression can help you